Today I wanted to show you how I made the adorable tags featured on the Vintage Tea Party Baby Shower post.   Party favors (for adults) can be kind of tricky...you want to give something nice/useful for not a lot of money.

Because we had the tea party theme in place, we wanted to keep that in mind when doing the favors.  A parting gift with a tea bag was an obvious choice, but I wanted to be a bit more creative.   When I saw these bath tea bags, I thought "we're getting somewhere!"  Basically, inside of each package, there is a teabag filled with herbs that you simply place into your bath.  Very nice! 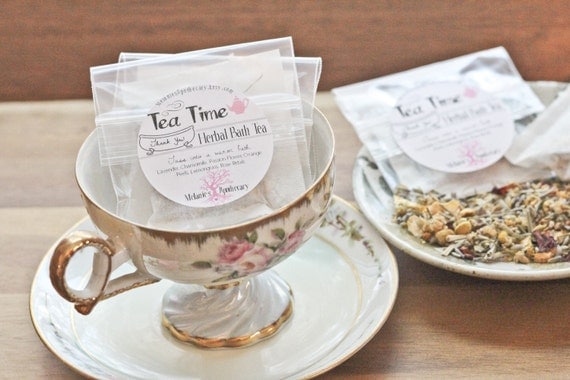 Melanie's Apothecary Bath Tea[/caption] One packet of bath tea went into these pink teapot muslin bags along with some loose, fragrant lavender.  (you can typically find this at health food stores and farmers markets) [caption id="" align="aligncenter" width="570"] 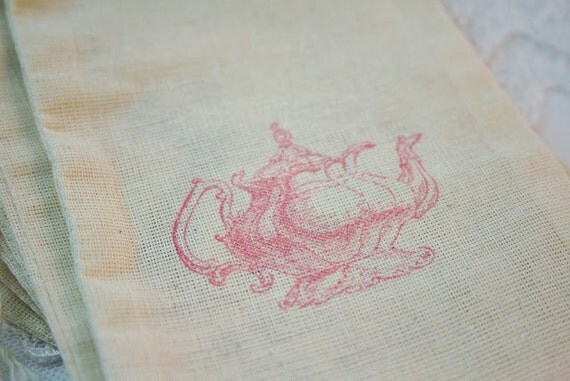 Pink Teapot Muslin Bags From OnTheWingsPaperie[/caption] Since our Guest of Honor, Kelly Kay, is a creator of beautiful paper herself, I wanted to make something really special for her party favor tags.
Read More

Posted at 13:45h in DIY, Guest Room, Home Office, How To, Inspiration, My Home 11 Comments
Share I could have stopped here, but I am so glad I didn't.  The gold leaf gives so much dimension to these shelves.
Read More

Posted at 13:33h in Bedroom, DIY, How To, Kids, Projects, Tutorials 6 Comments
Share
The most popular DIY on my site by far is my Acrylic/Lucite Rods.  They add a lot of glamour and style to a room for not much money.  I have used them here, here, and here. I posted on my DIY Acrylic Rods with Plumbing Hardware awhile ago, but the Gray & Gold Nursery presented an extra challenge because I needed to turn a corner.  This room has two full walls of windows, and I really wanted to join them together rather than separate the walls. Posted at 05:00h in Bedroom, DIY, How To, Kids, Tutorials 11 Comments
Share
Thank you so much for everyone's kind words last week about the Gray, Gold, & White Nursery!  It was so much fun to do, and it is one of those spaces where you step back and just breathe "ahhhhh" when you see it.  This was a room that flowed out of me pretty easily design wise.  I saw the space, talked with the owners, and immediately had the vision.  As you can imagine, this does not happen super often due to rooms idiosyncrasies, but when it does, it is magical. This week, I will be sharing more about the art, DIY window hardware, and overall thought process on the design of this sweet nursery, but I thought I would kick off this week's posts with the DIY Contact Paper Striped Ceiling. When I was visualizing this space, I loved the color scheme and direction it was going , but I felt it needed that extra zing to make it really special.
Read More